Our community owned network supplies electricity to about 100,000 people in 34,000 households, businesses and industries. The system was created in 1893 for just 3,000 people.

We have a reliable supply of electricity through the North Carolina Eastern Municipal Power Agency (NCEMPA), thanks to partial ownership in the Shearon Harris nuclear plant near Raleigh and the Brunswick nuclear plant near Wilmington.

Our staff of more than 100 men and women earns high marks for service, especially in response to weather events.

Where does it come from?

Wilson Energy buys its electricity through the North Carolina Eastern Municipal Power Agency (NCEMPA), a non-profit group made up of 32 eastern N.C. cities, including Wilson, Rocky Mount, Greenville and Clayton.

The electricity enters Wilson via large transmission lines that typically carry a charge of 115,000 volts (How power grids work) . From there, it travels to one of the City’s substations where it is reduced to distribution level, typically 12,470 to 25,000 volts.

From there, the energy travels to your neighborhood where the voltage is reduced again at a transformer. The transformer closest to you may be above ground on a pole or at ground level in a green box.

In either case, be careful when you’re close to it. The transformer reduces the voltage to about 120 to 240 volts, a level that operates the electrical appliances in your home. Most appliances use 120 volts, but high-use appliances, such as such as clothes dryers or air conditioners, use 240 volts.

ElectriCities is a not-for-profit government service organization representing more than 90 cities, towns and universities in North Carolina, South Carolina and Virginia that own electric distribution systems.

In the mid-1960s, private utilities and electric cooperatives were battling over territory. The N.C. General Assembly passed the 1965 Electric Act to resolve many of the disputes, but this created new difficulties for municipal systems by restricting their right to serve customers in newly annexed areas.

ElectriCities was organized to provide the municipal systems a unified voice to speak out in the legislature. The group was unable to stop the bill’s passage but decided to form a permanent alliance to be an advocate for Public Power and its customers statewide.

In 1983, at the request of the cities, the Legislature expanded this voluntary association by allowing North Carolina’s “electric cities” to form an agency to aid municipalities in the construction, ownership, maintenance, expansion and operation of their electric systems.

For example, aerial device testing, infrared scanning and substation maintenance training cost significantly less through ElectriCities contracts than if the cities contracted the services themselves.

ElectriCities schools and workshops keep utility personnel up-to-date on how to properly handle hazardous substances, customer service, utility credit and collections, load conservation marketing and other aspects of the business.

Since 1986, ElectriCities has operated an Emergency Assistance Program, which allows the state’s 74 municipal electric systems to restore power quickly after ice storms, tornadoes, hurricanes and tropical storms. The program works by dispatching crews from cities that have not been impacted or have already restored most of their outages to cities that need extra help.

What are the Power Agencies? 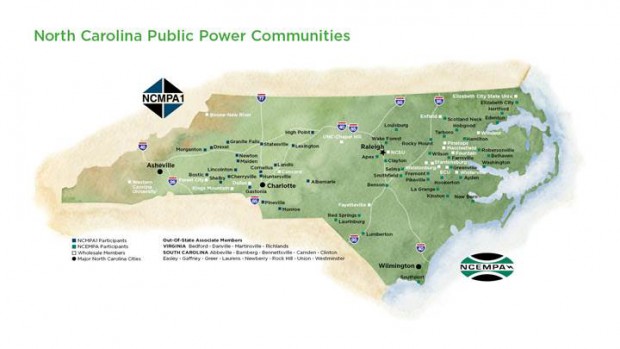 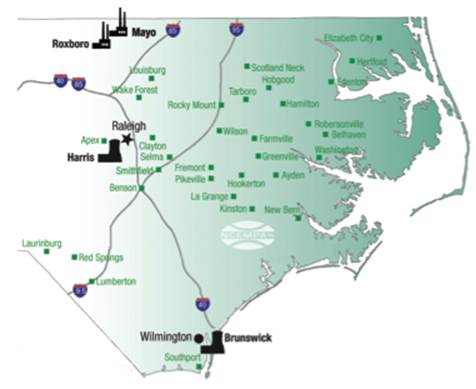 North Carolina Eastern Municipal Power Agency (NCEMPA) - NCEMPA consists of 32 cities and towns in eastern North Carolina, including some of the largest cities in the region, that own and operate their electric systems. NCEMPA was formed in 1982 and provides wholesale power to its 32 participants.

NCEMPA is governed by a Board of Commissioners (BOC), which consists of 14 members elected from throughout North Carolina. Each participant appoints a Commissioner and an Alternate Commissioner to the Board. The BOC meets at least three times a year. The ElectriCities Board of Directors (BOD) provides oversight of NCEMPA operations. 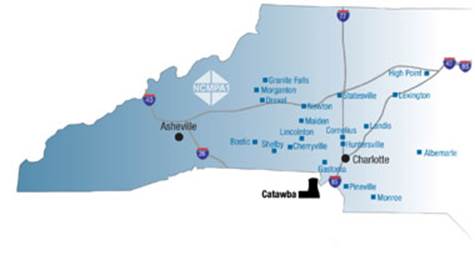 NCMPA1 consists of 19 cities and towns in piedmont and western North Carolina, including some of the largest areas of economic growth. NCMPA1 owns a portion of the Catawba Nuclear Station, operated by Duke Energy. NCMPA1 provides wholesale power to its 19 participants.

NCMPA1 is governed by a Board of Commissioners, which consists of 14 members elected throughout North Carolina. Each participant appoints a Commissioner and an Alternate Commissioner to the Board. The Board meets at least three times a year. The ElectriCities Board of Directors provides oversight of Power Agency operations.

Does ElectriCities provide power to its members?

ElectriCities is a service organization, not a power supplier. Its members receive their electricity from their participation in power agencies or by purchasing it from investor-owned utilities such as Duke Power and Progress Energy or electric cooperatives.

ElectriCities is a not-for-profit organization that is financed through membership fees and dues, as well as through rate and service revenue and tuition from training programs and workshops. With a reorganization several years ago, a new status was created to allow for associate members, which include the South Carolina and Virginia cities and university systems.

Wilson’s electric system began more than a century ago when residents of the young town voted to issue bonds for an “Electric Light Plant” on December 15, 1890. That day, 219 people out of 227 voted to move ahead with the project.

The town issued bonds to pay for the new plant on November 19, 1892. The next month, the search began for a building site. (The current Amtrak facility is close to the old site.)

A few months later, in 1893, the plant was ready. At a board meeting, the town ordered that the lighting of oil lamps be stopped. Mayor George D. Green was to collect the old lamps and sell them.

The people of the town gathered in the cold weather to see the new street lamps come on for the first time. It was a red-letter day for Wilson ‘s 3,000 citizens.

During a commissioners meeting on June 4, 1894, Mayor Green said, “It is generally conceded that we have one of the best lighted towns in the state and under our incandescent system the best lights are furnished to our people at about two thirds the rates charged in neighboring towns.”

These pioneers had envisioned electricity as a means to light the town’s streets, stores and plants. They had not yet realized what a driving force electricity would be for machinery.

Wilson grew quickly, so quickly that in 1914 commissioners authorized plans for a new plant. The new plant on North Pine Street was completed in 1915 behind Maplewood Cemetery.

Demand continued to grow, and by 1918, an expansion was necessary. Electric distribution was still a relatively new technology, but people were beginning to use it more and more. Wilson’s system was expanded again that year. Other towns asked that Wilson supply their power.

Progress continued. In 1921, builders completed a new hydroelectric plant that used water to generate electricity. The new plant was built on Contentnea Creek at Wiggins Mill. (Today, U.S. 301 runs near the site.) 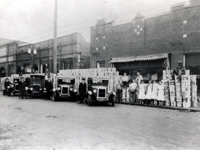 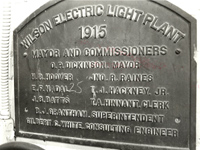 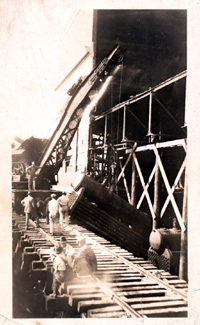 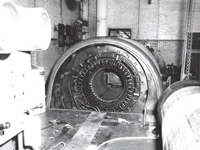 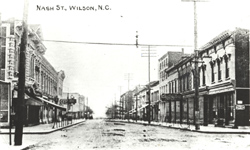 The system continued to be expanded and improved during the 1930s and 1940s, especially throughout Wilson County.

In the 1950s Wilson’s leaders decided to supplement the town’s power supply by purchasing some electricity from Carolina Power and Light, an investor-owned utility (now Progress Energy). In the early 1960s Wilson decided to buy all of its power from CP&L and concentrate on electric distribution. The old generating plant was just too small to keep up with the growing community.

In the 1970s, America fell into an energy crisis. Trouble in the Middle East , where crude oil was collected, forced up energy prices here at home. Wilson, along with dozens of other N.C. cities, became increasingly worried that CP&L would not be able to meet demand. It costs money to build and maintain power plants, and that money was hard to come by amidst high oil prices.

In 2015, the Power Agency decided to sell its nuclear assets to Duke Energy Progress. With this sale the Power Agency relinquished its liability in the nuclear generation plants and was able to reduce their wholesale rate to the 32 NCEMPA cities across North Carolina. Wilson in particular was able to reduce its residential rate by an average of 17% making their rate competitive with surrounding Investor Owned Utilities and Cooperatives.

Today, we work diligently to deliver competitive costs to our valued customers. Wilson Energy (the City of Wilson’s electric and gas divisions) works one-on-one with local industries to find cost-saving improvements. For those who invest in co-generation technology, we can offer electric costs that are similar to or lower than regional investor owned utilities. Typically, cogeneration equipment has a three-year payback. The savings last much longer. Industry is important to Wilson Energy. We know our local industries personally and do all that we can to give them reliable service and competitive rates.

Wilson Energy has a proud record of reliability. A recent survey showed that 89% of our customers are satisfied with our service.

We will continue to offer reliable service and an abundant supply as Wilson continues to grow.