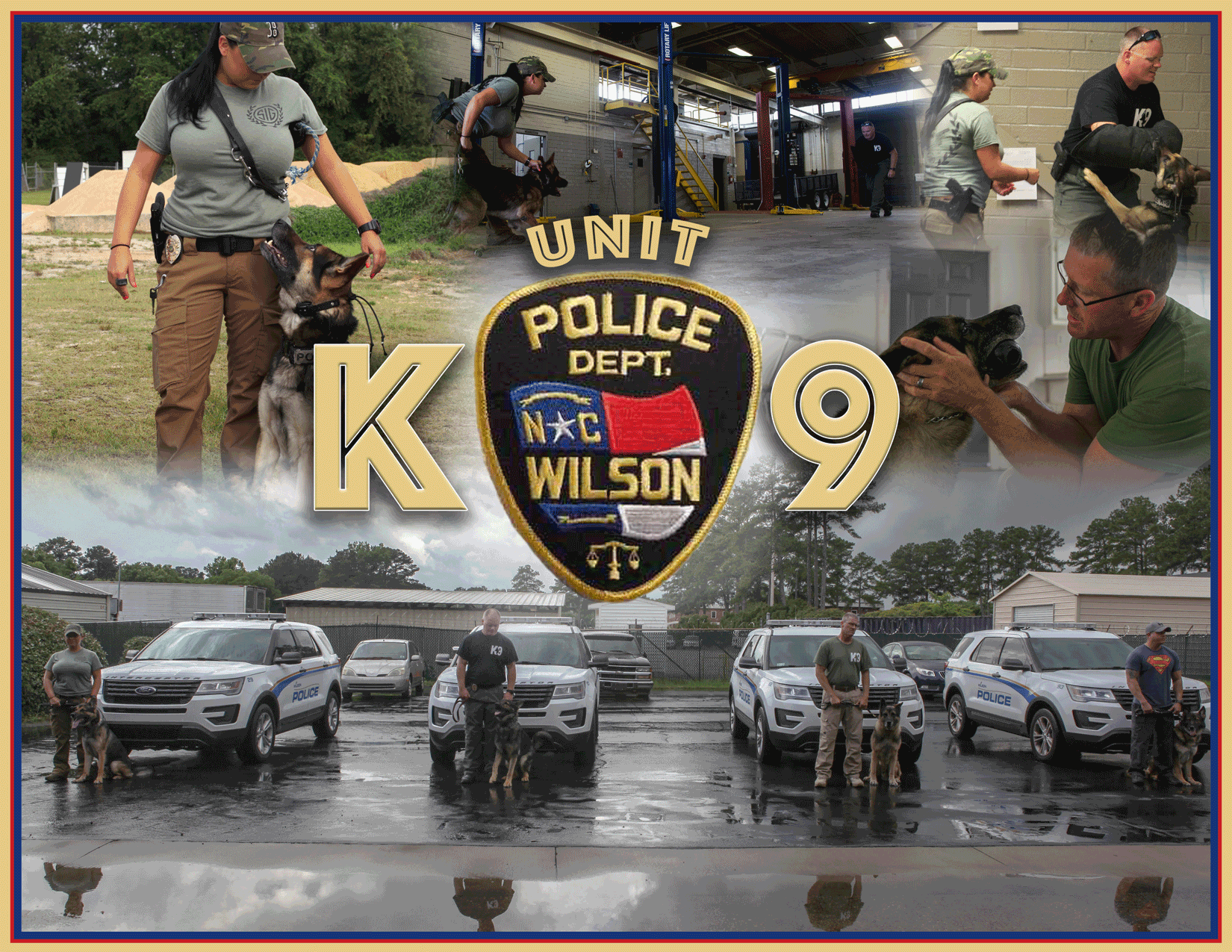 The K-9 Team provides a tangible service to the department and has a psychological effect on the criminal activity within the community. The K-9 Team provides a positive public image of the department’s expertise and efficiency. The Wilson Police Departments K-9’s are all patrol dogs trained in obedience, agility, evidence searches, building searches and apprehension work. 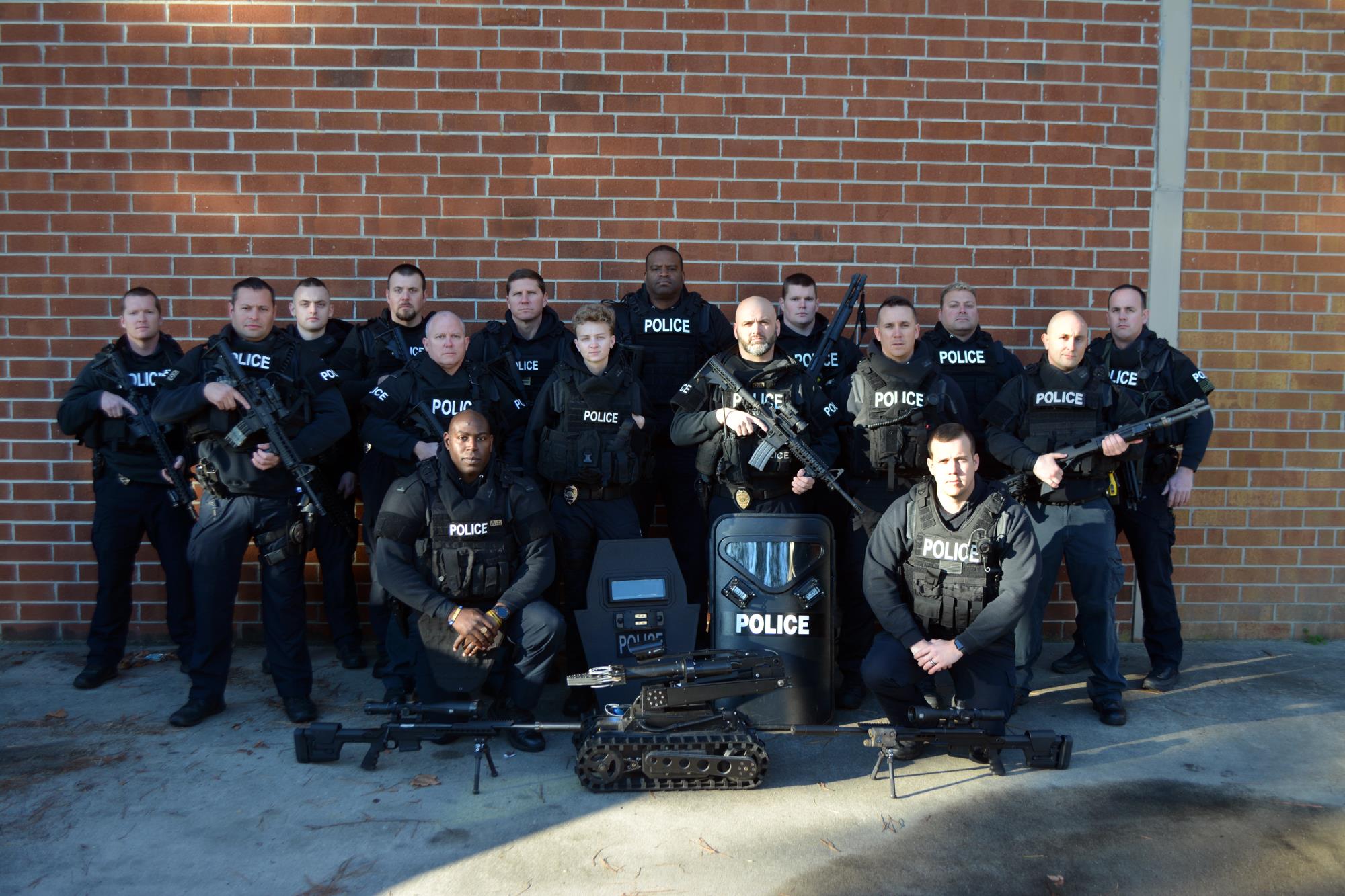 The Wilson Police Department Special Response Team is a voluntary tactical unit. The purpose of the Special Response Team is to respond to incidents that require extra resources, equipment and tactical training that cannot be handled through a traditional police response. Some of these incidents include the service of high-risk search and arrest warrants, apprehension of wanted suspects, surveillance, barricaded and suicidal subject calls and any other operations or incidents that would benefit from the training and equipment of the team. Members of the Special Response Team are highly trained in areas such as: firearms, entry and search techniques, woodland and surveillance techniques. 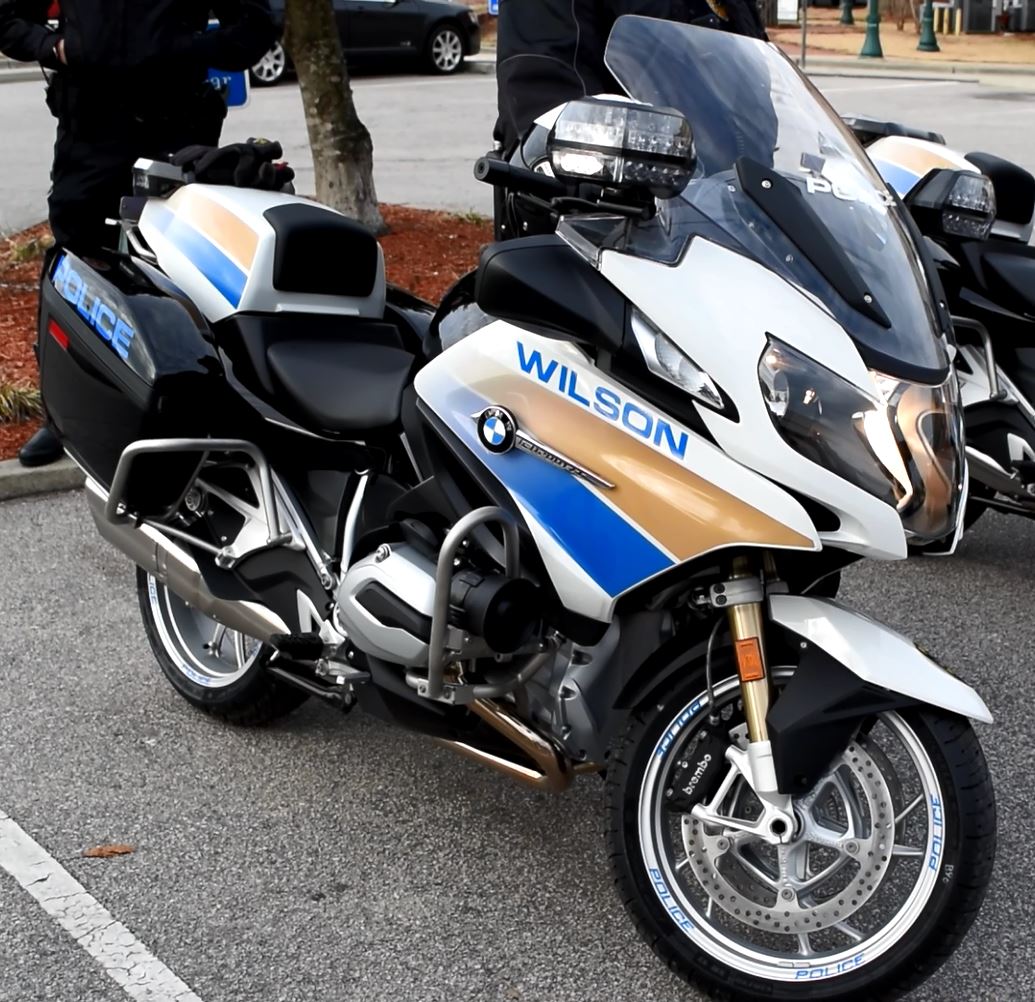 The Strategic Traffic Enforcement Patrol (S.T.E.P.) Unit utilizes traffic enforcement resources to not only address traffic related concerns throughout the city, but also is effectively used in conjunction with other policing efforts to address ongoing crime trends and concerns in specific areas of the city. Strict enforcement is used in correlation with positive community contacts, such as traffic safety presentations, to help reduce the number of deaths, injuries, and crashes as well as the occurrences of serious traffic offenses occurring within the jurisdiction.

The officers assigned to the S.T.E.P. Unit are responsible for handling the majority of the traffic crashes and other traffic related concerns that occur within the City of Wilson. The officers assigned to this unit are specially trained in: RADAR, detection of impaired drivers, field sobriety test, and the advanced investigation and reconstruction of major traffic crashes (those resulting in fatal or serious injuries likely to result in death) and they use these skills on nearly all major traffic crashes that happen in city. 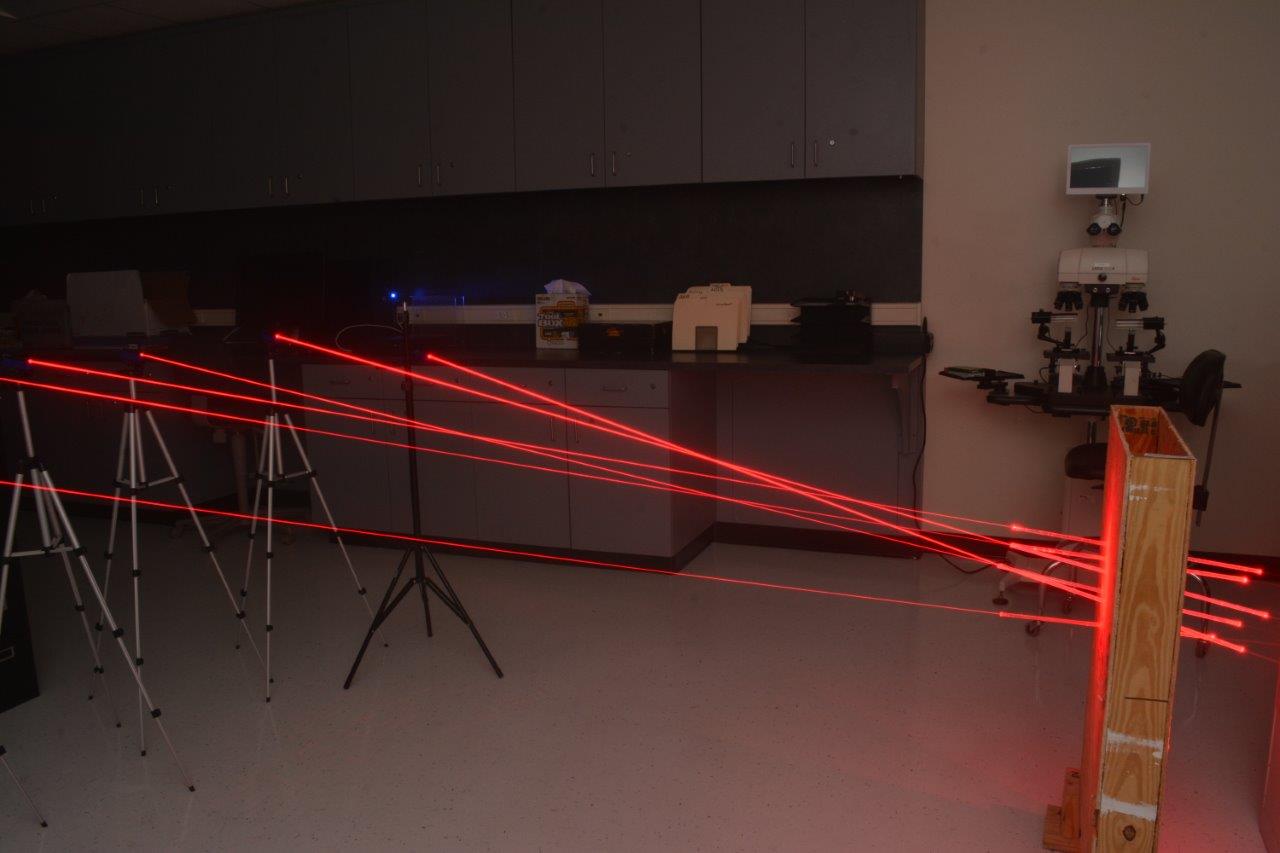 The Wilson Police Department Forensic Unit is currently staffed by four full-time civilian Forensic Analysts. The unit is tasked with working major crime scenes such as homicides, suicides, rapes, robberies, and serious assaults. It also assists patrol teams with residential burglaries, vehicle break-ins, and other scenes at the request of patrol supervisors. The Forensic Analysts are available to provide services 24 hours a day, 7 days a week, 365 days a year.

At the crime scene, Forensic Analysts are responsible for documenting, processing and collecting items of evidence. Additional duties include performing latent print processing on evidence in the Forensic Lab, conducting latent print comparisons, and fingerprinting suspects. Forensic Analysts also retrieve and analyze video footage from local businesses to assist with the identification of criminal offenders.

The Forensic Analysts are also Certified Criminal Justice Instructors and have taught hundreds of law enforcement officers throughout the state of North Carolina in crime scene processing and latent print examination.

The Wilson Police Department Crisis Negotiations Team is responsible for negotiation the safe surrender of subjects in crisis situations. Such situations include negotiating with armed subjects, barricaded subjects, suicidal subjects and incidents where hostages have been taken. Our CNT members work in collaboration with our Special Response Team (SRT). Our team is comprised of sworn personnel who receive mandated negotiations training as well as in-house training.