The Wilson City Council recently approved an agreement to redevelop the Cherry Hotel on Nash Street in downtown Wilson. The Cherry Hotel is a historic property that formerly served as a hub for downtown activity, hosting decades of dances, concerts and community events. The redevelopment by Cherry Hotel, LLC will invest $19.9 million in private investment to renovate the hotel. Once complete in mid-2021, the Cherry Hotel will include 100 guest rooms supported by a reception area, bar, dining, two-story ballroom and conference space.

“It would be hard to overstate the impact this hotel will have on our downtown turnaround,” said Wilson City Manager Grant Goings. “Wilson has achieved this milestone not due to luck, rather, three long years of hard work, perseverance, and dedication by all parties involved. We hope the community will take great pride in seeing this wonderful building transformed from the verge of demolition to a showpiece that honors our past and celebrates our bright future.”

The city began considering proposals for the historic property several years ago. Plans considered included developing the property into residential units, but City Council and staff settled on a proposal to restore the property to its original use as a hotel.

State law authorizes cities to purchase real property to assist the business prospects of the city. This privilege is used when the city owns a significant property, as is the case with the Cherry Hotel. City staff has worked closely with developers over the past several years to create an agreement that would bring a downtown hotel to Wilson. Downtown hotels are known to play a key and significant role in communities and are often seen as checking an important box for development progress.

“The Cherry Hotel project represents another major milestone in the rebirth of Historic Downtown Wilson for the City and the Wilson Downtown Development Corporation,” said Lentz. “With more than $150 million in downtown investment announced or completed in the last five years, it is an exciting time to be involved in Wilson’s downtown redevelopment.  The hotel and these many downtown projects represent the payoff when public and private sectors work together to achieve success.”

“The Cherry Hotel is another great example of Wilson’s commitment to public-private partnerships,” said Van Dyk. “Coming on the heels of recent pivotal downtown projects such as the Whirligig Park, the construction of the new BB&T/Truist facility, as well as the announcements of a new YMCA and mixed-use commercial development, the Cherry Hotel redevelopment will prove to be equally catalytic to Historic Downtown Wilson’s rebirth.”

The City of Wilson is offering a $1.5 million forgivable loan to the developer if all terms of the development agreement are met and the hotel remains in operation for 10 years. The city will also assist with necessary permitting, project coordination, and parking and traffic issues.

Construction is expected to begin in mid-2020 with the hotel open by the end of 2021.

“The ‘spill-over’ effect of having an average of 65 weekday and 125 weekend guests walking the streets of Historic Downtown Wilson cannot be measured but will have a direct impact on the surrounding retail redevelopment and the continued vitality of efforts going forward,” said Rosani Kowalik, a partner in the development firm.

This announcement comes a few months after the city announced a master development plan for the 100 block of Pine Street. The plan will include the donation of a portion of the current BB&T Towers site to the Healthcare Foundation of Wilson for the future shared home of an afterschool network for middle school youth and the Wilson Family YMCA, as well as a large-scale residential/retail mixed-use development fronting Pine and Nash Streets. 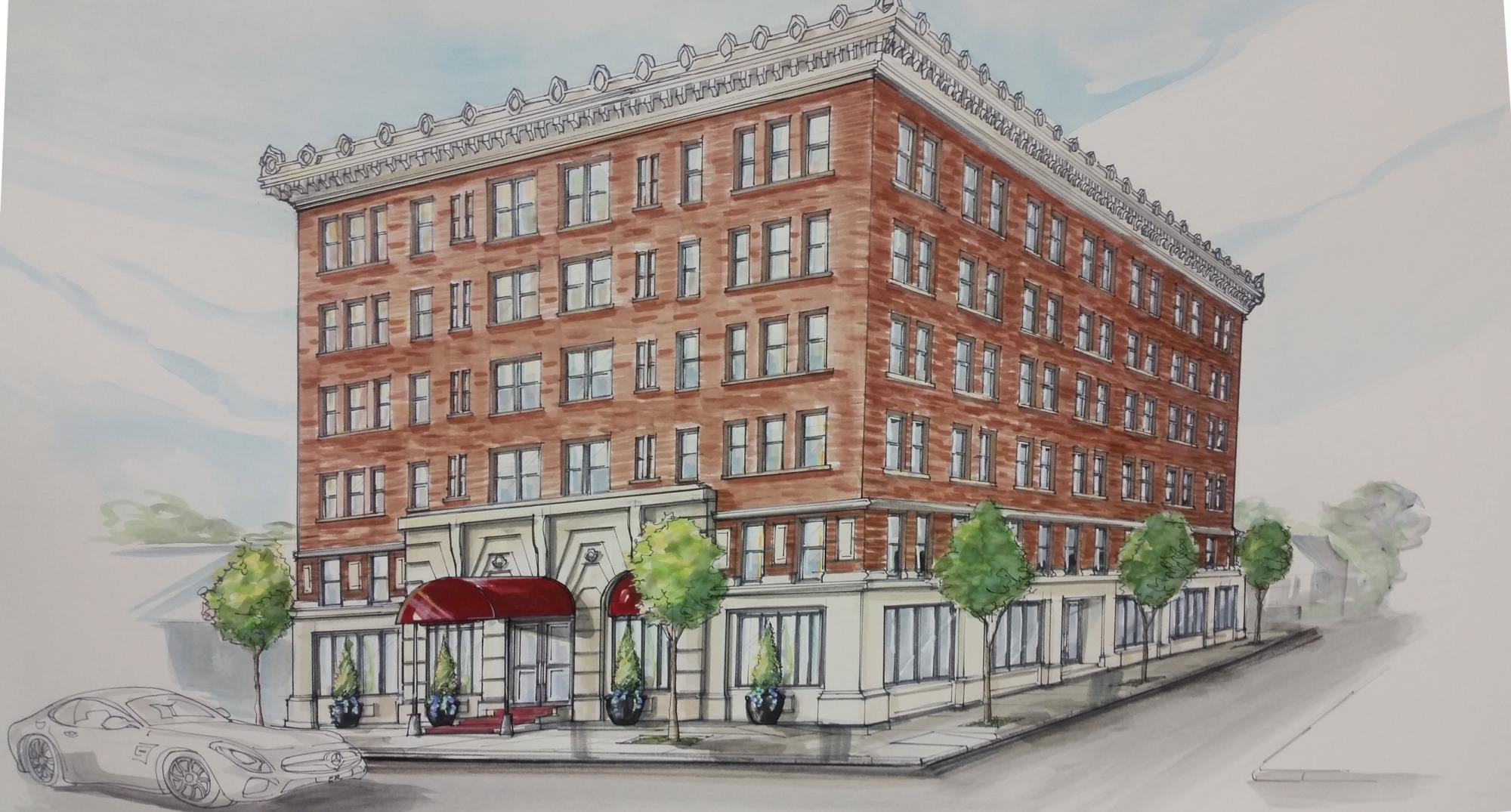